Introducing the new Board of ACM SIG Multimedia

Statement of the new Board

As we celebrate the 20th anniversary of the ACM Multimedia conference, we are thrilled to see the rapidly expanding momentum in developing innovative multimedia technologies in both the commercial and academic worlds. These can be easily seen by the continuously growing attendance size at the SIGMM flagship conference (ACMMM) and the action-packed technical demo session contributed by many researchers and practitioners from around the world each year.

However, the community is also faced with a set of new challenges in the coming years:

To respond to these challenges and explore new opportunities, we will actively explore following initiatives: 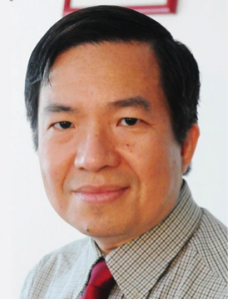 shih.fu.chang@columbia.edu
Shih-Fu Chang is the Richard Dicker Professor and Director of the Digital Video and Multimedia Lab at Columbia University. He is an active researcher leading development of innovative technologies for multimedia information extraction and retrieval, while contributing to fundamental advances of the fields of machine learning, computer vision, and signal processing. Recognized by many paper awards and citation impacts, his scholarly work set trends in several important areas, such as content-based visual search, compressed-domain video manipulation, image authentication, large-scale high-dimensional data indexing, and semantic video search. He co-led the ADVENT university-industry research consortium with participation of more than 25 industry sponsors. He has received IEEE Signal Processing Society Technical Achievement Award, ACM SIG Multimedia Technical Achievement Award, IEEE Kiyo Tomiyasu Award, Service Recognition Awards from IEEE and ACM, and the Great Teacher Award from the Society of Columbia Graduates. He served as the Editor-in-Chief of the IEEE Signal Processing Magazine (2006-8), Chairman of Columbia Electrical Engineering Department (2007-2010), Senior Vice Dean of Columbia Engineering School (2012-date), and advisor for several companies and research institutes. His research has been broadly supported by government agencies as well as many industry sponsors. He is a Fellow of IEEE and the American Association for the Advancement of Science. 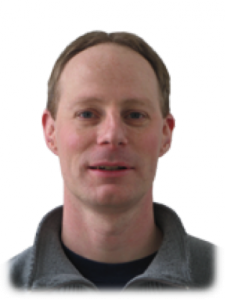 rainer.lienhart@informatik.uni-augsburg.de
Rainer Lienhart is a full professor in the computer science department of the University of Augsburg heading the Multimedia Computing & Computer Vision Lab (MMC Lab). His group is focusing on all aspects of very large-scale image, video, and audio mining algorithms including feature extraction, image/video retrieval, object detection, and humans pose estimation. Rainer Lienhart has been an active contributor to OpenCV. From August 1998 to July 2004 he worked as a Staff Researcher at Intel’s Microprocessor Research Lab in Santa Clara, CA, on transforming a network of heterogeneous, distributed computing platforms into an array of audio/video sensors and actuators capable of performing complex DSP tasks such as distributed beamforming, audio rendering, audio/visual tracking, and camera array processing. At the same time, he was also continuing his work on media mining. He is well known for his work in image/video text detection/recognition, commercial detection, face detection, shot and scene detection, automatic video abstraction, and large-scale image retrieval. The scientific work of Rainer Lienhart covers more than 80 refereed publications and more than 20+ patents. He was a general co-chair of ACM Multimedia 2007 and SPIE Storage and Retrieval of Media Databases 2004 & 2005. He serves in the editorial boards of 3 international journals. For more than a decade he is a committee member of ACM Multimedia. Since July 2009 he is the vice chair of SIGMM. He is also the executive director of the Institute for Computer Science at the University of Augsburg since April 2010. 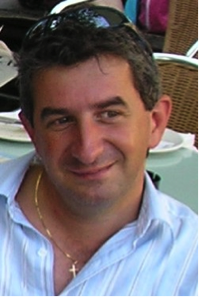 sebe@disi.unitn.it
Nicu Sebe is Associate Professor with the University of Trento, Italy, where he is leading the research in the areas of multimedia information retrieval and human-computer interaction in computer vision applications. He was involved in the organization of the major conferences and workshops addressing the computer vision and human-centered aspects of multimedia information retrieval, among which as a General Co-Chair of the IEEE Automatic Face and Gesture Recognition Conference, FG 2008, ACM International Conference on Image and Video Retrieval (CIVR) 2007 and 2010. He is the general chair of ACM Multimedia 2013 and a program chair of ECCV 2016 and was a program chair of ACM Multimedia 2011 and 2007. He has been a visiting professor in Beckman Institute, University of Illinois at Urbana-Champaign and in the Electrical Engineering Department, Darmstadt University of Technology, Germany. He is a co-chair of the IEEE Computer Society Task Force on Human-centered Computing and is an associate editor of IEEE Transactions on Multimedia, Computer Vision and Image Understanding, Machine Vision and Applications, Image and Vision Computing, and of Journal of Multimedia.