The new SIGMM Records team aims to extend the reach of relevant SIGMM-related news and events. It will also provide forums to stimulate discussion, interaction and collaboration between members of our community

The use of Social Media will be key to achieving the targeted mission. Initially, Twitter and Facebook will be used as the main Social Media channels for SIGMM. Youtube and LinkedIn will be used in a later stage.

Twitter (@sigmm) will be the main social media channel, for publishing information of interest in a variety of formats.

The SIGMM and SIGMM Records websites will include Social Media icons, so the audience can share the contents on them via their personal Social Media channels.

Through the SIGMM Social Media and the personal communication channels, the Editors will encourage the community to contribute with interesting and relevant contents to be disseminated (e.g., outstanding contributions, Summer Schools, open positions, etc.).

The SIGMM Social Media channels will be particularly active during SIGMM sponsored events.

To promote community interaction, we recommend some policies for the creation and usage of the hashtags to be included in the publications related to the SIGMM conferences. They are summarized in the table below and can be accessed at this link. This will help the editors track contributions from the community and understand its impact.

Apart from the SIGMM channels, many members of the community will contribute to publishing/sharing information of interest through their personal accounts (and ideally for their institutions’ ones), acting as Social Media reporters/advocates. The team includes: Christian Timmerer, Miriam Redi, Gwendal Simon, Michael Riegler, Wei Tsang Ooi, D. Ayman Shamma, and many others. The list is expected to grow, so please drop us a line if you are interested in joining us! Everybody is welcome to participate and contribute.

A further strategy to encourage the publication of information, and thus increase the chances to reach the community, increase knowledge and foster interaction, will consist of awarding those SIGMM members who provide the best posts and reports on Social Media for each SIGMM conference. The award will consist of a free registration to the next edition of the conference, and any SIGMM member is a candidate to get it. The awardees will be asked to provide a post-summary of the conference, which will be published on SIGMM Records. More details about the number of awards, their requirements and criteria can be found at this link.

We look forward to seeing you in our #SIGMM community! Follow us! 😉

Dr. Niall Murray (www.niallmurray.info) is a lecturer and researcher with the Faculty of Engineering and Informatics and the Software Research Institute in the Athlone Institute of Technology (AIT), Ireland. He received his BE (Electronic and Computer Engineering) from National University of Ireland, Galway (2003), MEng (Computer and Communication Systems) from the University of Limerick (2004) and PhD in 2014. Since 2004, he has worked in R&D roles across a number of industries: telecommunications, finance, health and education. In 2014 he founded the Truly Immersive and Interactive Multimedia Experiences lab (TIIMEx). His research interests include immersive multimedia communication, multimedia synchronization, multisensory multimedia, quality of experience (QoE) and wearable sensor systems. In this context, TIIMEx builds and evaluates from a user perceived quality perspective, end-to-end communication systems and novel immersive and interactive applications.

Xavier Giro-i-Nieto is an associate professor at the Universitat Politecnica de Catalunya (UPC). He graduated in Telecommuncations Engineering studies at ETSETB (UPC) in 2000, after completing his master thesis on image compression at the Vrije Universiteit in Brussels (VUB). He obtained his Phd on image retrieval in 2012, under the supervision by Professor Ferran Marqués from UPC and Professor Shih-Fu Chang from Columbia University. He was a visiting scholar during Summers 2008 to 2014 at the Digital Video and MultiMedia laboratory at Columbia University, in New York. He has served as area chair in ACM Multimedia 2016 and is currently a member of the editorial board of IEEE Transactions on Multimedia. His current research interests are focus on applying deep learning to multimodal applications, such as video analytics, eye gaze prediction and lifelogging. 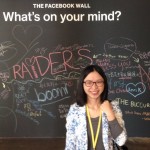 Lexing Xie is Associate Professor in the Research School of Computer Science at the Australian National University, she leads the ANU Computational Media lab (http://cm.cecs.anu.edu.au). Her research interests are in machine learning, multimedia, social media. Of particular recent interest are stochastic time series models, neural network for sequences, and active learning, applied to diverse problems such as multimedia knowledge graphs, modeling popularity in social media, joint optimization and structured prediction problems, and social recommendation. Her research is supported from the US Air Force Office of Scientific Research, Data61, Data to Decisions CRC and the Australian Research Council. Lexing’s research has received six best student paper and best paper awards in ACM and IEEE conferences between 2002 and 2015. She is IEEE Circuits and Systems Society Distinguished Lecturer 2016-2017. She currently serves an associate editor of ACM Trans. MM, ACM TiiS and PeerJ Computer Science. Her service roles include the program and organizing committees of major multimedia, machine learning, web and social media conferences. She was research staff member at IBM T.J. Watson Research Center in New York from 2005 to 2010.