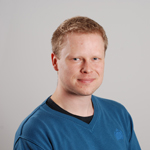 A large number of network services use IP and reliable transport protocols. For applications with constant pressure of data, loss is handled satisfactorily, even if the application is latency sensitive. For applications with data streams consisting of intermittently sent small packets, however, users experience extreme latencies more frequently. Due to the fact that such thin-stream applications are commonly interactive and time-dependent, increased delay may severely reduce the experienced quality of the service. When TCP is used for thin-stream applications, events of highly increased latency are common, caused by the way retransmissions are handled. Other transport protocols that are deployed in the Internet, like SCTP, model their congestion control and reliability on TCP, as do many frameworks that provide reliability on top of unreliable transport. We have tested several application- and transport layer solutions, and based on our findings, we propose sender-side enhancements that reduce the application-layer latency in a manner that is compatible with unmodified receivers running commodity opeating systems like Linux, *BSD, Mac OS X and Windows. We have implemented the mechanisms as modifications to the Linux kernel, both for TCP and SCTP. The mechanisms are dynamically triggered so that they are only active when the kernel identifies the stream as thin. To evaluate the performance of our modifications, we have conducted a wide range of experiments using replayed thin-stream traces captured from real applications as well as artificially generated thin-stream data patterns. From the experiments, effects on latency, redundancy and fairness were evaluated. The analysis of the performed experiments shows great improvements in latency for thin streams when applying the modifications. Surveys where users evaluate their experience of several applications’ quality using the modified transport mechanisms confirmed the improvements seen in the statistical analysis. The positive effects of our modifications were shown to be possible without notable effects on fairness for competing streams. We therefore conclude that it is advisable to handle thin streams separately, using our modifications, when transmitting over reliable protocols to reduce retransmission latency.

The Media Performance Group investigates the means for improving the performance of distributed, time-dependent multimedia systems. In the context of an application, the group seeks solutions by exploring, understanding and improving a particular bottleneck using an experimental approach. Improvements are found in better operating systems mechanisms, programming tools, processing environments, protocols, distributed architectures, digital media formats or a better understanding of people's perception of media in a context.

This thesis addresses a core research area in MPG, the important requirement of timely data delivery of thin stream applications like games and VoIP. Transport protocol modifications have been implemented in the Linux kernal, and their effect on latency is studied at the transport, application and user level.