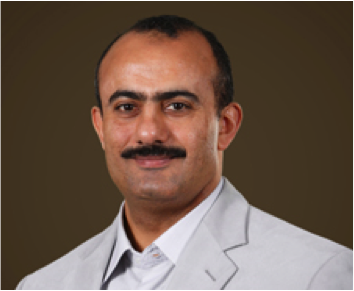 Annually, the ACM Transactions on Multimedia Computing, Communications and Applications (TOMM) honors one member of the Editorial Board with the TOMM Associate Editor of the Year Award. The purpose of the award is to recognize the excellent work for ACM TOMM and hence also for the whole multimedia community in the previous year. Criteria for the award are (1) the amount of submissions processed in time, (2) the performance during the reviewing process, and (3) the accurate interaction with the reviewers in order to promote the awareness for the journal.

Based on the criteria mentioned above, the ACM Transactions on Multimedia Computing, Communications and Applications Associate Editor of the Year Award 2014 goes to Mohamed Hefeeda from Simon Fraser University, BC, Canada.

Mohamed Hefeeda received his Ph.D. from Purdue University, USA in 2004, and M.Sc. and B.Sc. from Mansoura University, Egypt in 1997 and 1994, respectively.  He is a professor in the School of Computing Science, Simon Fraser University, Canada, where he leads the Network Systems Lab. His research interests include multimedia networking over wired and wireless networks, peer-to-peer systems, mobile multimedia, and cloud computing. In 2011, he was awarded one of the prestigious NSERC Discovery Accelerator Supplements (DAS), which were granted to a selected group of researchers in all Science and Engineering disciplines in Canada. His research on efficient video streaming to mobile devices has been featured in multiple international news venues, including ACM Tech News, World Journal News, SFU NEWS, CTV British Columbia, and Omni-TV. He serves on the editorial boards of several premier journals such as the ACM Transactions on Multimedia Computing, Communications and Applications (TOMM), and he has served on many technical program committees of major conferences in his research area, such as ACM Multimedia. Dr. Hefeeda has co-authored more than 80 refereed journal and conference papers and has two granted patents. He is a senior member of IEEE.