SIGMM is the Association for Computing Machinery’s (ACM) Special Interest Group (SIG) in Multimedia, one of 36 SIGs in the ACM family.  ACM itself was founded in 1947 and is the world’s largest educational and scientific society for computing, uniting computing educators, researchers and professionals. With almost 100,000 members worldwide, ACM is a strong force in the computing world and is dedicated to advancing the art, science, engineering, and application of information technology.

SIGMM has been operating for nearly 30 years and sponsors 5, soon to be 6, major international conferences each year as well as dozens of workshops and an ACM Transactions Journal.  SIGMM sponsors several Excellence and Achievement Awards each year, including awards for Technical Achievement, Rising Star, Outstanding PhD Thesis, TOMM best paper, and Best TOMM Associate Editor award. SIGMM funds student travel scholarships to almost all our conferences with nearly 50 such student travel grants at the flagship MULTIMEDIA conference in Seoul, Korea, in 2018.  SIGMM has two active chapters, one in the Bay Area of San Francisco and one in China. It has a very active online activity with social media reporters at our conferences, a regular SIGMM Records newsletter, and a weekly news digest.  At our flagship conference, SIGMM sponsors Women and diversity lunches, Doctoral Symposiums, and a newcomers’ welcome breakfast.  SIGMM also funds special initiatives based on suggestions/proposals from the community as well as a newly-launched conference ambassador program to reach out to other ACM SIGs for collaborations across our conferences.

It is generally accepted that SIGMM has a diversity and inclusion problem which exists at all levels, but we have now realized this and have started to take action.  In September 2017 ACM SIGARCH produced the first of a series of articles on gender diversity in the field of Computer Architecture. SIGARCH members looked at their numbers of representation of women in SIGARCH conferences over the previous 2 years and produced the first of a set of reports entitled “Gender Diversity in Computer Architecture: We’re Just Going to Leave This Here”. 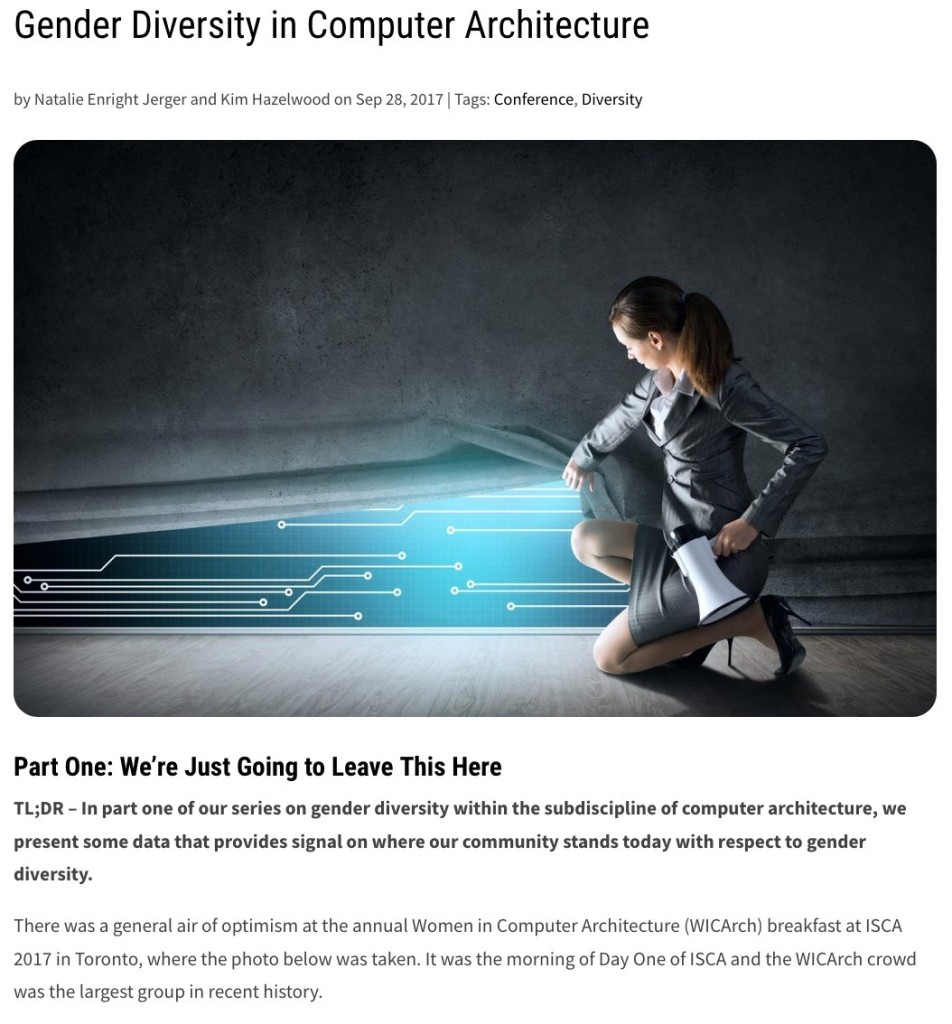 This report generated much online debate and commentary, including at the ACM SIG Governing Board (SGB) meetings in 2017 and in 2018.

At a SIGMM Executive Committee meeting in Mountain View, California in October 2017, SIGMM agreed to replicate the SIGARCH study to examine and measure, the (lack of) gender diversity at SIGMM-sponsored Conferences.  We issued a call offering funding support to do this, but there were no takers, so I did this myself, from within my own research lab.

Before jumping into the numbers it is worth establishing a baseline to measure against. As an industry-wide figure, 17-24% of Computer Science undergrads at US R1 institutions are female as are 17% of those with technical roles at large high-tech companies that report diversity. I also looked at the female representation within some of the other ACM SIGs. While we must accept that inclusiveness and diversity is not just about gender but also about race, ethnicity, nationality, even about institution, we don’t have data on these other aspects so I focus just on gender diversity.

So how does SIGMM compare to other SIGs? Let’s look at SIG memberships using data provided by ACM.

The best (most balanced or least imbalanced) SIGs are CSE (Computer Science Education) with 25% female, Computer Human Interaction (CHI) also with 25% female from among those declaring a gender, though CHI is probably better because it has a greater percentage of undeclared gender, thus a lower proportion of males. The worst SIGs (most imbalanced or least balanced) are PLAN (Programming Languages) with 4% female, and OPS (operating systems) with 5% female.

The figures for SIGMM show 9% female membership with 17% unknown or not declaring which means that among the declared members it is just below 11%. Among the other SIGs this makes us closest to AI (Artificial Intelligence) and to IR (Information Retrieval), though SIGIR has a larger number of members with gender undeclared.

Measuring this against overall ACM memberships we find that ACM members are 68% male, 12% female and 20% undeclared. This makes SIGMM quite mid-table compared to other SIGs, but we’re all doing badly and we all have an imbalance. Interestingly, the MULTMEDIA Conference in 2018 in Seoul, Korea had 81% male, 18% female and 1% other/undeclared attendees, slightly better than our memberships ratio but still not good.

We [1] carried out a desk study for the 3 major SIGMM conferences, namely MULTIMEDIA with an average attendance of almost 800, the International Conference on Multimedia Retrieval (ICMR) with 230 attendees at the last conference and Multimedia Systems (MMSys) with about 130 attendees. For each of the last 5 years we trawled through the conference websites, extracting the names/affiliations of the organizing committees, the technical program committees and the invited keynote speakers.  We did likewise for the SIGMM award winners. This required us determining gender for over 2,700 people and although there were duplicates as the same people can recur on the program committees for multiple years and over multiple conferences. Some of these were easy like “John” and “Susanne”, but these were few so for the others we searched for them on the web. If we were still searching after 5 minutes, we gave up. [2]

[1] This work was carried out by Agata Wolski, a Summer intern student, and I, during Summer 2018.

[2] The data gathered from this activity is available on request from alan.smeaton@dcu.ie 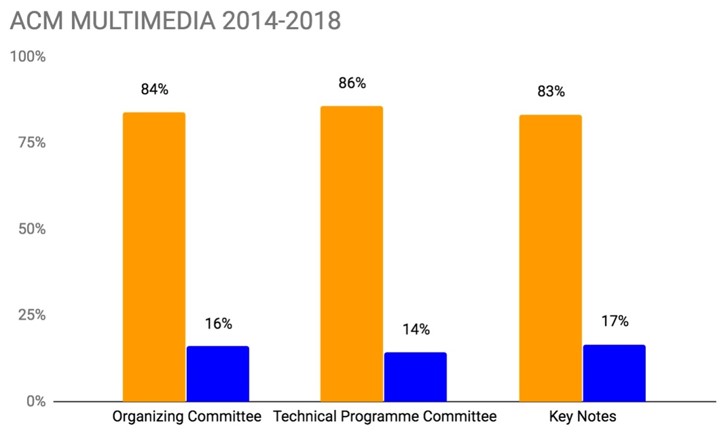 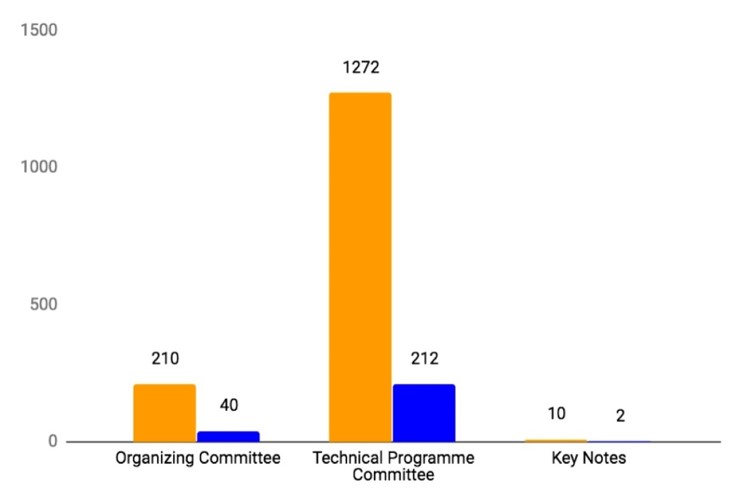 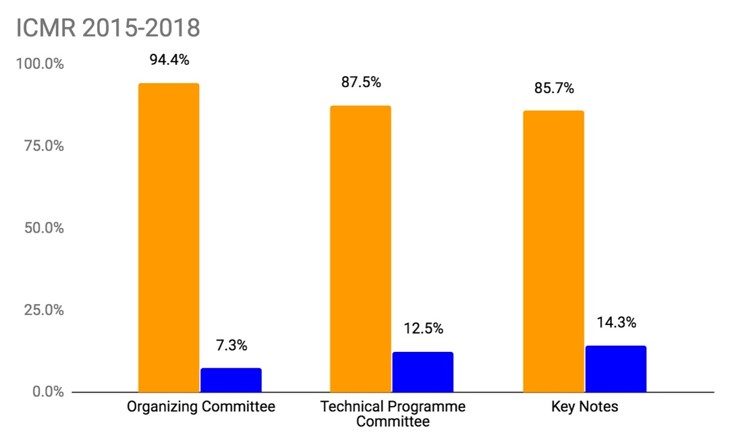 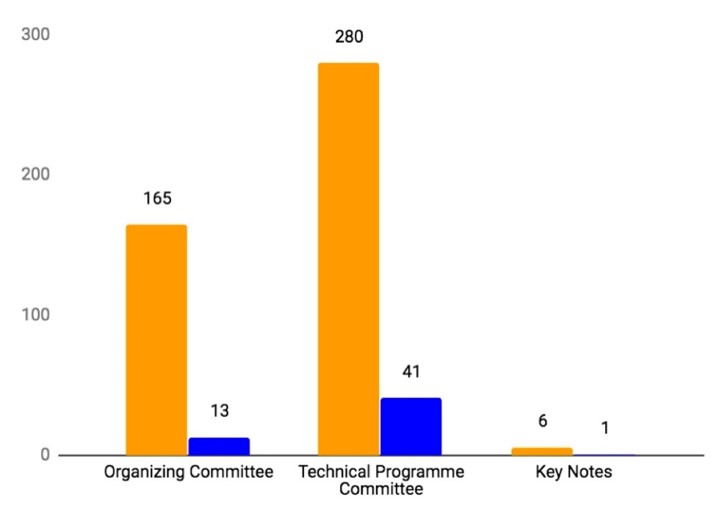 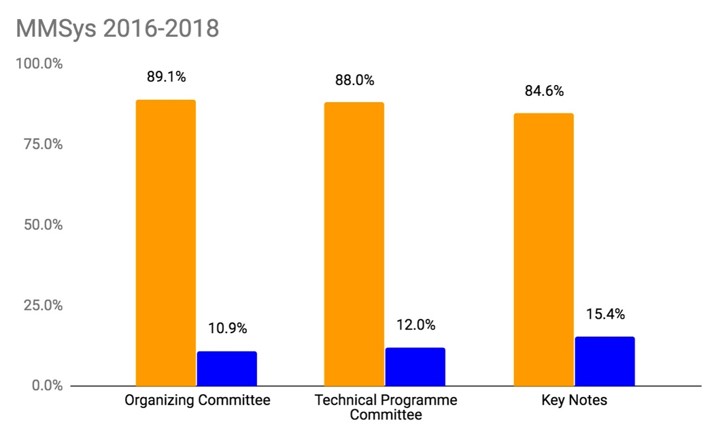 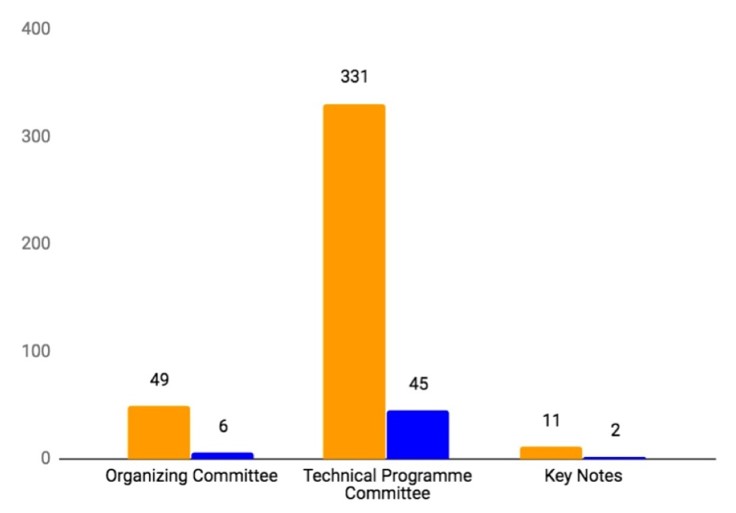 So what do the figures mean in comparison to each other and to our baseline?

The results tell us the following:

I then examined some of the actions that are carried out elsewhere and that SIGMM could implement, and started by looking at other ACM SIGs.  There I found that some of the other SIGs do some of the following:

I then looked more broadly at other initiatives and found the following:

When we put these all together there are three recurring themes which appear across various initiatives:

At the ACM MULTIMEDIA Conference in Seoul, Korea in October 2018 SIGMM once again organised a women’s / diversity lunch and about 60 people attended, mostly women. 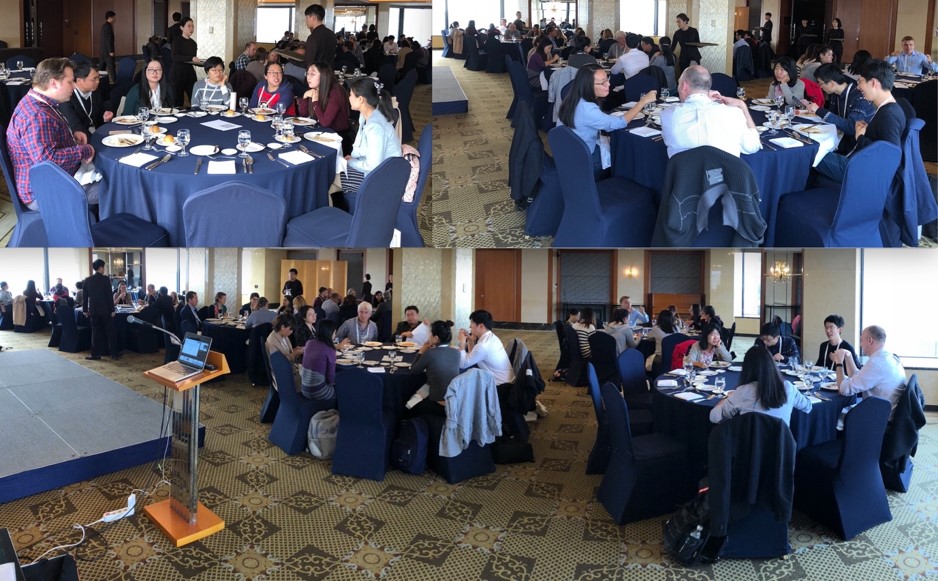 At the event I gave a high level overview of the statistics presented earlier in this report, and then in order to gather feedback from the audience we held a moderated discussion with PadLet used to gather feedback. PadLet is an online bulletin board used to display information (text, images or links) which can be contributed anonymously from an audience. Attendees at the lunch scanned a QR code on their smartphones which opened a browser and allowed them to post comments on the big screen in response to a topic being discussed during the meeting.

The first topic discussed was “What brings you to the MULTMEDIA Conference?”

For the second topic we asked “What excites you about multimedia as a topic, how did you get into the area?”

The third topic was “What is more/less important for you … networking, role models or peer buddies?”

Finally we asked “Do you know of an initiative that works, or that you would like to see at SIGMM event(s)?”

So what will we do in SIGMM?

These may appear to be small-scale and relatively minor because we are not getting to the roots of what causes the bias and we are not inducing change to counter the causes of the bias. However these are positive steps, steps in the right direction, and we will now have the gender and other bias issues permanently on our radars.