Hopefully, you have heard about ACM Multimedia Systems (MMSys), a new conference series that will start in 2010. The inaugural MMSys will be held in Scottsdale, Arizona on February 22-23, 2010. As organizers of the new conference, we would like to take a moment to describe the behind-the-scenes story of how the new conference came to be and its relationship to other conferences and workshops, specifically SPIE’s Multimedia Computing and Networking (MMCN), which we expect MMSys to replace.

The main motivation behind the creation of MMSys is two-fold. First, we think it is important to have a full, top-tier conference that focuses specifically on multimedia systems research. We want to reach out to those researchers who primarily identify themselves as part of more “traditional” systems communities such as networking, operating systems, databases, and real-time systems but for whom multimedia applications are a driving problem. The conferences in each of these separate systems communities routinely contain tracks and sessions for multimedia-driven research. That our field has been so widely integrated back into these other communities is, in fact, a testament to the success of SIG Multimedia as a community. What was missing, however, was a longitudinal view of multimedia systems research that cut across these traditional system boundaries. While the systems track of our flagship conference ACM Multimedia helps to serve in this role, participation by multimedia systems researchers who are not SIGMM members has not been as strong as we would like. By holding a conference that concentrates on these systems issues, we are hoping to better target the research interests of these communities of researchers. Hopefully we can also inspire them to value and participate in the even broader holistic view that our flagship conference provides.

The second motivating idea behind MMSys is to organize a conference specifically tailored to the characteristics of systems research. One way in which MMSys will accomplish this is by providing for longer paper lengths. The traditional 10-page ACM format used by most conferences, including ACM Multimedia, constrains an author’s ability to describe a complex system. Another mechanism for supporting systems research that we hope to develop within MMSys is a repository of test sets, network traces, open source code, and other artifacts of good systems research. MMSys will provide a platform for developing ways in which these auxiliary components can be shared, referenced, and cited.

Finally, we should note that great care has been taken to plan how MMSys relates to existing conferences and workshops. In particular, the plan is for MMSys to replace MMCN held each January as part of SPIE’s Electronic Imaging (EI). While MMCN has served our community well in the past, several severe weaknesses were beginning to take their toll. MMCN is the only EI sub-conference that required full paper submissions and had a competitive acceptance rate. The other EI sub-conferences are abstract-only submissions with reasonably high acceptance rates. Increasingly this became problematic as people familiar with the other sub-conferences assumed that MMCN was also a high-acceptance rate, abstract-only meeting. Junior faculty, in particular, were constantly having to educate tenure review committees about how MMCN was different. Furthermore, MMCN is not indexed by or incorporated into the ACM Digital Library. By replacing MMCN with MMSys, we now have a well-designed calendar for meetings that includes MMSys in February as a full conference intended for complete and significant research results; NOSSDAV in June as a more intimate workshop for work-in-progress, new ideas, and discussion; and Multimedia in October as our flagship conference that spans the whole community with systems work as a track within it. All three meetings are sponsored by SIGMM and thus enjoy the benefits of the digital library and access to SIG Services.

We hope you will all help make the new MMSys conference series a success through your submissions and participation. The current call for papers for MMSys 2010 (Feb 22-23, Scottsdale, AZ) can be found at http://www.mmsys.org. The paper submission deadline for the conference is September 15, 2009. 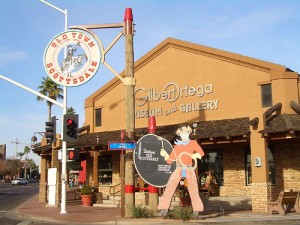 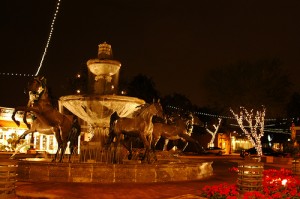