The ACM Transactions on Multimedia Computing, Communications and Applications (TOMM), 2014

The purpose of the named award is to recognize the most significant work in ACM TOMM (formerly TOMCCAP) in a given calendar year. The whole readership of ACM TOMM was invited to nominate articles which were published in Volume 9 (2013). Based on the nominations the winner has been chosen by the TOMM Editorial Board. The main assessment criteria have been quality, novelty, timeliness, clarity of presentation, in addition to relevance to multimedia computing, communications, and applications.

The Editor-in-Chief Prof. Dr.-Ing. Ralf Steinmetz and the Editorial Board of ACM TOMM cordially congratulate the winner. The award will be presented on November 4th 2014 at the ACM Multimedia 2014 in Orlando, Florida.

Bios of the Award Recipients:

Bogdan Carbunar is an assistant professor in the School of Computing and Information Sciences at the Florida International University. Previously, he held various researcher positions within the Applied Research Center at Motorola.  His research interests include distributed systems, security and applied cryptography.  He holds a Ph.D. in Computer Science from Purdue University. 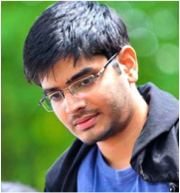 Rahul Potharaju is an Applied Scientist at Microsoft. Before that, he earned his obtained his PhD degree in the Computer Science from Purdue University and Master’s degree in Computer Science from Northwestern University. Rahul is passionate about transforming big data into actionable insights and building large-scale data-intensive systems, with a particular interest in analytics-as-a-service clouds and automated problem inference systems. He is a recipient of the Motorola Engineering Excellence award in 2009 and the Purdue Diamond Award in 2014. His research has been adopted by several business groups inside Microsoft and has won the Microsoft Trustworthy Reliability Computing Award in 2013. 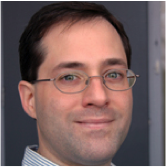 Michael Pearce attended Iowa State University and the University of Illinois at Chicago. He is a Distinguished Member of Technical Staff at Motorola Solutions and a Motorola Solutions Science Advisory Board Associate. He is currently leading a team investigating hybrid cloud computing, data analytics, and dynamic fault tolerant distributed systems. 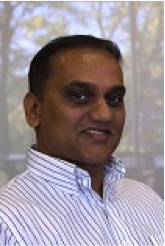 Venu Vasudevan is Senior Director of the Multi-Screen Media & Analytics team at Arris Advanced Technologies, and Adjunct Assistant Professor at Rice University’s Department of Electrical and Computer Engineering. He leads research efforts on media delivery architectures for advancing television and multi-screen platforms with specific emphasis on the applications of sensing, media analytics and data science to interactive TV, content discovery and advanced advertising. He received a Ph.D. in Computer Science from The Ohio State University and a B.S. from the Indian Institute of Technology in Electrical and Computer Engineering. Dr. Vasudevan has served as a speaker and panelist at industry events such as Yankee Group, Digital Hollywood and the Pelorus Group summits. He also serves on several NSF panels on Small Business Innovation. He has published more than 50 conference, journal and book publications and has over ten issued patents. He won the best paper award at IEEE Percom 2009 and received recognition from the Hawaii International Conference and the ACM Convergence on Small and Personal Computers. 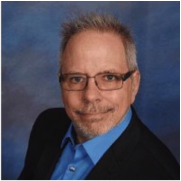 Michael Needham is a Principal Engineer for Roberson and Associates. Before that, he was a researcher with Motorola for more than 20 years. He has extensive knowledge and experience in a broad range of technologies related to the telecommunications and video media industries, with very strong analytical and communication skills. He has received 25 U.S. patents and 2 best paper awards.