The purpose of the named award is to recognize the most significant work in ACM TOMM (formerly TOMCCAP) in a given calendar year. The whole readership of ACM TOMM was invited to nominate articles which were published in Volume 10 (2014). Based on the nominations the winner has been chosen by the TOMM Editorial Board. The main assessment criteria have been quality, novelty, timeliness, clarity of presentation, in addition to relevance to multimedia computing, communications, and applications.

The winning paper is grounded on the observation that so far there is only limited research on Quality of Experience (QoE) for Haptic-based Virtual Reality applications. In order to overcome this issue, the authors propose a human-centric taxonomy for the evaluation of QoE for haptic virtual environments. The QoE evaluation is applied through a fuzzy logic inference model. The taxonomy also gives guidelines for the evaluation of other multi-modal multimedia systems. This multi-modality was one of the main reasons for the selection of this article and TOMM members expect that it will have an impact on future QoE studies in various sub-fields of multimedia research.

The Editor-in-Chief Prof. Dr.-Ing. Ralf Steinmetz and the Editorial Board of ACM TOMM cordially congratulate the winner. The award will be presented to the authors at the ACM Multimedia 2015 in Brisbane, Australia, and includes travel expenses for the winning authors.

Abdelwahab Hamam received his PhD in Electrical and Computer Engineering from the University of Ottawa, Canada, in 2013. He is currently a postdoctoral research scientist at Immersion in Montreal, Canada focusing in research and development of novel haptic technologies and interactions. He was previously a teaching and research assistant at the University of Ottawa from Jan 2005 to May 2013. He has more than 35 academic papers and pending patent applications. He is the recipient of the best paper award at the 2015 QoMEX workshop. He is the technical co-chair of the 2015 Haptic Audio-Visual Environments and Games (HAVE) Workshop and the co-organizer of the 2015 QoMEX workshop special session on quality of experience in haptics. His research interests include haptic applications, medical simulations, and quality of experience for multimedia haptics. 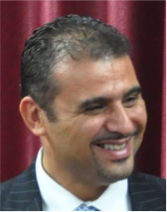 Abdulmotaleb El Saddik is Distinguished University Professor and University Research Chair in the School of Electrical Engineering and Computer Science at the University of Ottawa. He is an internationally-recognized scholar who has made strong contributions to the knowledge and understanding of multimedia computing, communications and applications. He has authored and co-authored four books and more than 450 publications. Chaired more than 50 conferences and workshop and has received research grants and contracts totaling more than $18 Mio. He has supervised more than 100 researchers. He received several international awards, among others ACM Distinguished Scientist, Fellow of the Engineering Institute of Canada, Fellow of the Canadian Academy of Engineers and Fellow of IEEE and IEEE Canada Computer Medal. 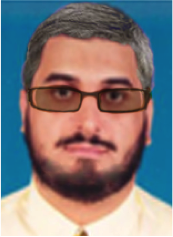 Jihad Mohamed Alja’am received the Ph.D. degree, MS. degree and BSc degree in computing from Southern University (The National Council for Scientific Research, CNRS), France. He was with IBM-Paris as Project Manager and with RTS-France as IT Consultant for several years. He is currently with the Department of Computer Science and Engineering at Qatar University. His current research interests include multimedia, assistive technology, learning systems, human–computer interaction, stochastic algorithms, artificial intelligence, information retrieval, and natural language processing. Dr. Alja’am is a member of the editorial boards of the Journal of Soft Computing, American Journal of Applied Sciences, Journal of Computing and Information Sciences, Journal of Computing and Information Technology, and Journal of Emerging Technologies in Web Intelligence. He acted as a scientific committee member of different international conferences (ACIT, SETIT, ICTTA, ACTEA, ICLAN, ICCCE, MESM, ICENCO, GMAG, CGIV, ICICS, and ICOST). He is a regular reviewer for the ACM computing review and the journal of supercomputing. He has collaborated with different researchers in Canada, France, Malaysia, and USA. He published so far 138 papers, 8 books chapters in computing and information technology which are published in conference proceedings, scientific books, and international journals. He is leading a research team in multimedia and assistive technology and collaborating in the Financial Watch and Intelligent Document Management System for Automatic Writer Identification projects.