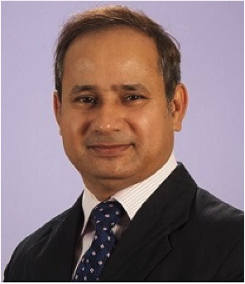 Pradeep K. Atrey is an Assistant Professor at the State University of New York, Albany, NY, USA. He is also an (on-leave) Associate Professor at the University of Winnipeg, Canada and an Adjunct Professor at University of Ottawa, Canada. He received his Ph.D. in Computer Science from the National University of Singapore, M.S. in Software Systems and B.Tech. in Computer Science and Engineering from India. He was a Postdoctoral Researcher at the Multimedia Communications Research Laboratory, University of Ottawa, Canada. His current research interests are in the area of Security and Privacy with a focus on multimedia surveillance and privacy, multimedia security, secure-domain cloud-based large-scale multimedia analytics, and social media. He has authored/co-authored over 100 research articles at reputed ACM, IEEE, and Springer journals and conferences. His research has been funded by Canadian Govt. agencies NSERC and DFAIT, and by Govt. of Saudi Arabia. Dr. Atrey is on the editorial board of several journals including ACM Trans. on Multimedia Computing, Communications and Applications, ETRI Journal and IEEE Communications Society Review Letters. He was also guest editor for Springer Multimedia Systems and Multimedia Tools and Applications journals. He has been associated with over 40 international conferences/workshops in various roles such as Organizing Chair, Program Chair, Publicity Chair, Web Chair, Area Chair, Demo Chair and TPC Member. Dr. Atrey was a recipient of the Erica and Arnold Rogers Award for Excellence in Research and Scholarship (2014), ETRI Journal Best Editor Award (2012), ETRI Journal Best Reviewer Award (2009) and the three University of Winnipeg Merit Awards for Exceptional Performance (2010, 2012 and 2013). He was also recognized as “ICME 2011 – Quality Reviewer” and is invited as a Rising Star Speaker at the SIGMM Inaugural Multimedia Frontier Workshop (2015). The Editor-in-Chief Prof. Dr.-Ing. Ralf Steinmetz cordially congratulates Pradeep.