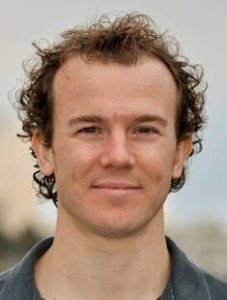 Dr. Bart Thomee received his Ph.D. from Leiden University in 2010. In his thesis, he focused on multimedia search and exploration, specifically targeting artificial imagination and duplicate detection. On the topic of artificial imagination, he aimed to more rapidly understand the user’s search intent by generating imagery that resemble the ideal image the user is looking for. Using the synthesized images as queries instead of existing images from the database boosted the relevance of the image results by up to 23%. On the topic of duplicate detection, he designed descriptors to compactly represent web-scale image collections and to accurately detect transformed versions of the same image. This work led to an Outstanding Paper Citation at ACM Conference on Multimedia Information Retrieval 2008.

In 2011, he jointed Yahoo Labs, where Dr. Thomee ‘s interests grew into geographic computing in Multimedia. He began characterizing spatiotemporal regions from labeled (e.g. tagged) georeferenced media, for which he devised a technique based on scale-space theory that could process billions of georeferenced labels in a matter of hours. This work was published at WWW 2013 and became a reference example at Yahoo for how to disambiguate multi-language and multi-meaning labels from media with noisy annotations.

He also started to use an overlooked piece of information that is found in most camera phone images: compass information. He developed a technique to accurately pinpoint the locations and surface area of landmarks, solely based on the positions and orientations of photos taken of them which may have been taken hundreds of yards to miles away.

Dr. Thomee’s recent work on the YFCC100M dataset has had important impacts on the multimedia and SIGMM research community. This new dataset was real in size and structure to fuel and change the landscape of research in Multimedia. What started as an initiative to release a geo-Flickr dataset, Dr. Thomee quickly saw the broader impact and worked rapidly to scale the size. He had to push the limits of openness without violating licensing terms, copyright, or privacy. He worked closely with many lawyers to overturn the default, restrictive terms of use by making it also available to non-academics all over the world. He coordinated and led the efforts to share the data and effort horizontally with ICSI, LLNL, and Amazon Open Data. It was highlighted in the 2016 February issue of the Communications of ACM (CACM). The dataset has been requested over 1200 times in just a few months and cited many times since launch. Dr. Thomee has continued by releasing expansion packs to the YFCC100M. This dataset is expected to impact Multimedia research significantly over the future years.

Dr. Thomee has also been an exemplary community member of the Multimedia community. For example, he organized the ImageCLEF photo annotation task (2012-2013) and MediaEval placing task (2013-2016) as well as designed the ACM Grand Challenge on Event Summarization (2015) and on Tag & Caption Prediction (2016).