Visual simultaneous localization and mapping (VSLAM) systems are essential for augmented reality devices, autonomous control of robots and drones, etc. However, conventional open-source visual SLAM frameworks are not designed to be called as libraries from third-party programs. To overcome this situation, we have developed OpenVSLAM [1-3], a novel visual SLAM framework, and released it as open-source software under the 2-clause BSD license.
OpenVSLAM was presented and won first place in ACM Multimedia 2019 Open Source Software Competition.

In this article, we show examples of using OpenVSLAM and hope that this encourages and enables further use of OpenVSLAM in research and development.

Detailed instructions for installation and and prerequisites are to be found in the documentation pages [2]. Please install the dependencies and build OpenVSLAM according to it. We currently support Ubuntu and macOS environments. For our following examples we also need the DBoW2 vocabulary file to be downloaded from [4].

A first example of the usage of OpenVSLAM is built on data from a wide angle lens camera. First, download and unzip the file aist_living_lab_3.zip from [5].  You can find a video and a configuration file in the unzipped data set directory. For all the following examples modify the path according to your environment.

Then, you can run SLAM with the following command:

A frame viewer and a map viewer are launched after running above command. In the frame viewer, you can check how feature points are detected: 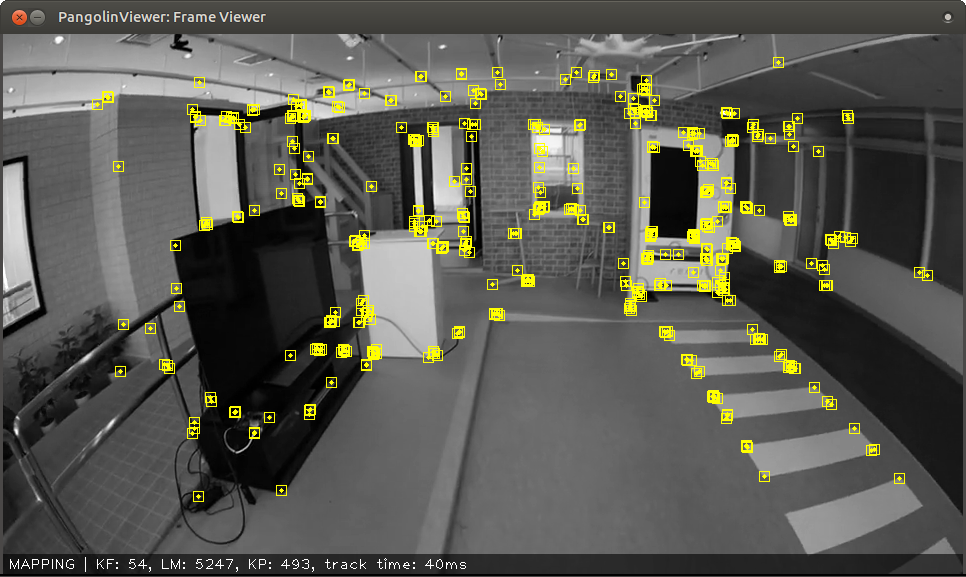 In the map viewer, you can see estimated camera trajectory and reconstructed 3D points: 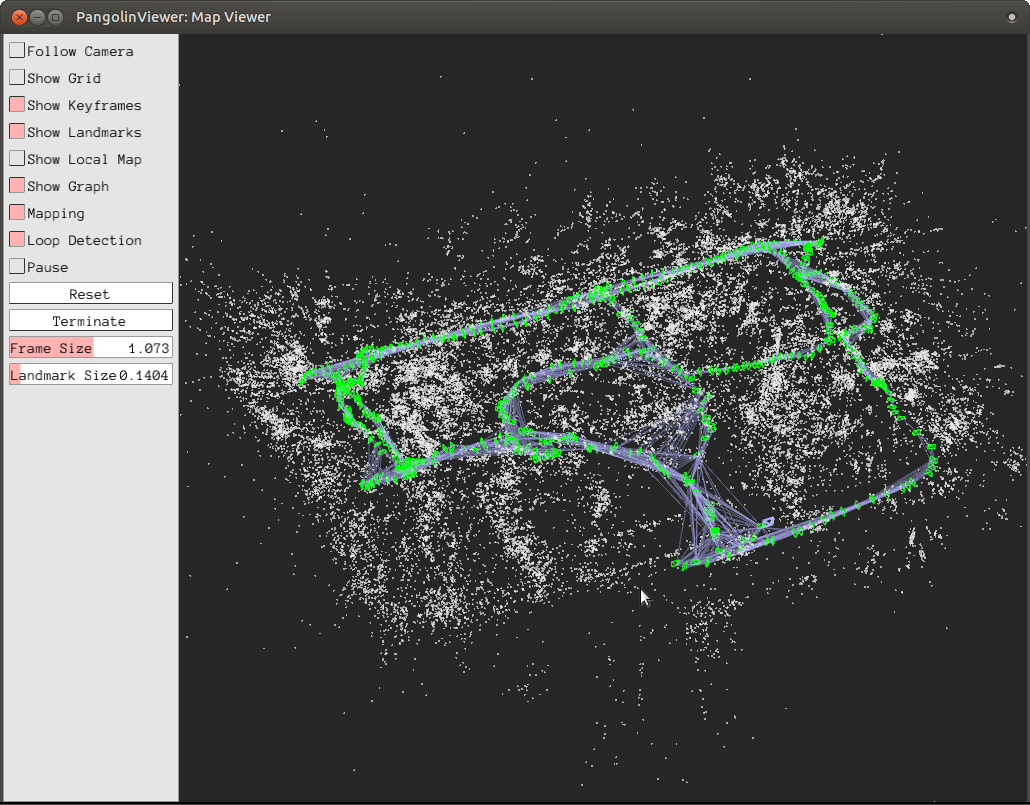 A second example of the usage of OpenVSLAM is built on data from an equirectangular camera. First, download and unzip the file aist_store_2 datasets.zip from [6].  Again, you can find a video and a configuration file in the unzipped data set directory.

Then, you can run SLAM with the following command:

Like in the previous example a frame viewer and a map viewer will be launched. In the frame viewer, you can check how feature points are detected:

In the map viewer, you can see estimated camera trajectory and reconstructed 3D points:

A third example is built on the EuRoC MAV dataset [7], a standard SLAM dataset captured with a stereo camera equipped on a unmanned aerial vehicle (UAV or drone). It includes eleven sequences captured in indoor scenes. We will use the Machine Hall 04 (MH04) sequence for our example.

After downloading the dataset and unzipping it you can find the following files and directories in the data set directory:

The OpenVSLAM repository [1] includes configuration files for EuRoC MAV dataset in ./exmaple/euroc. You can run monocular SLAM with the following command:

For stereo SLAM, use a configuration file for stereo camera model like this:

Remember to modify paths according to your environment. The option -p output.map is for saving the reconstructed map after the mapping.

After the whole sequence is processed, the 3D map will be built as shown below. 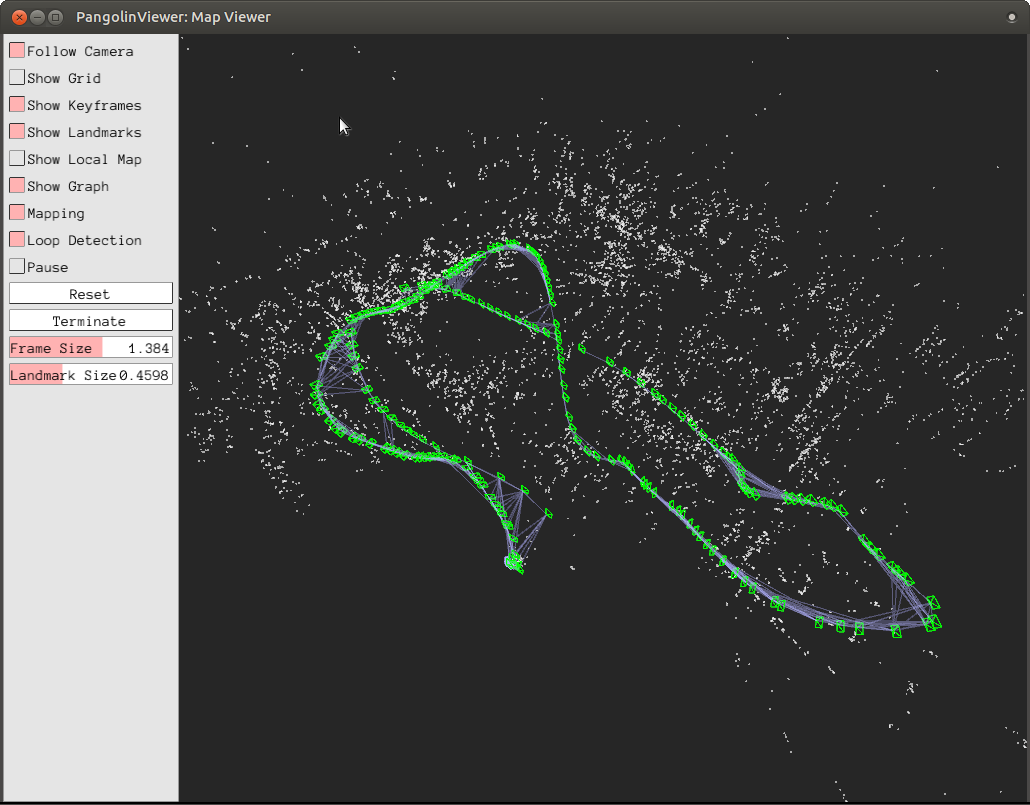 Then, click the Terminate button to save the reconstructed map. You can confirm that output.map is created in the current directory.

First download the data and unzip it. Make sure you can see the following files and directories in the dataset directory. cam0 and cam1 are stereo images.

The configuration files included in OpenVSLAM repository [1] can be used not only for the mapping mode but also for the localization mode. You can run localization of Machine Hall 05 sequence based on the prebuilt map (output.map) from previous example with the following command:

The option -p output.map is for loading the prebuild map. You can confirm that images of Machine Hall 05 sequence are localized in the prebuilt map using the map viewer: 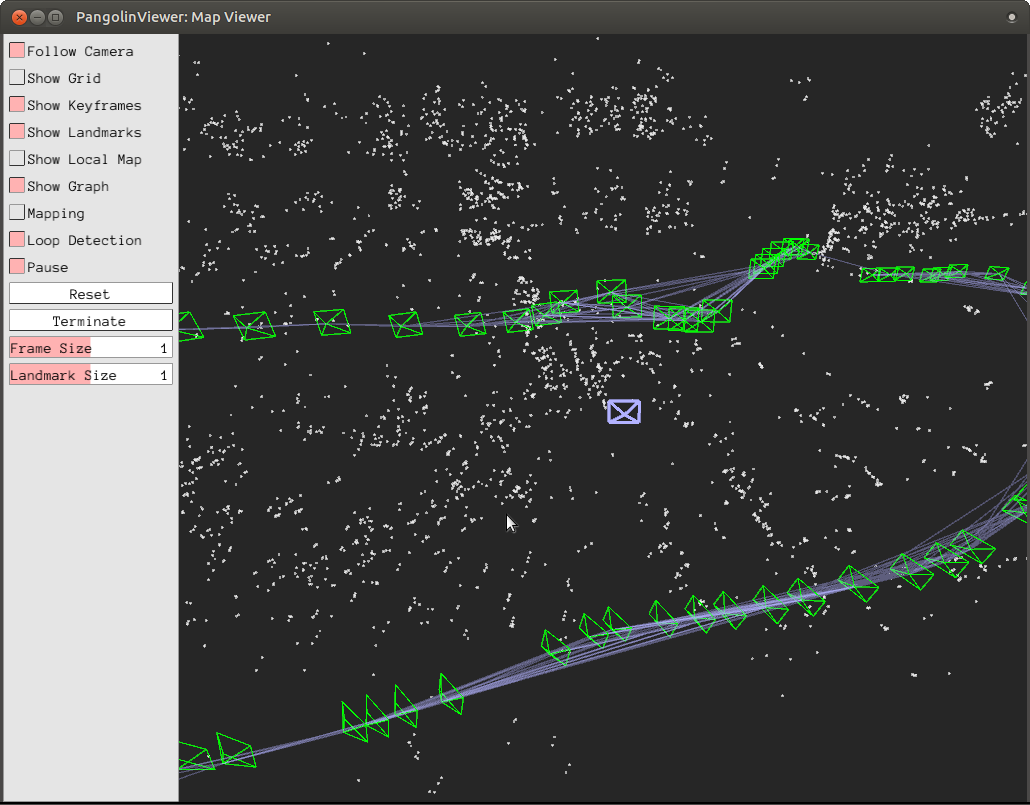 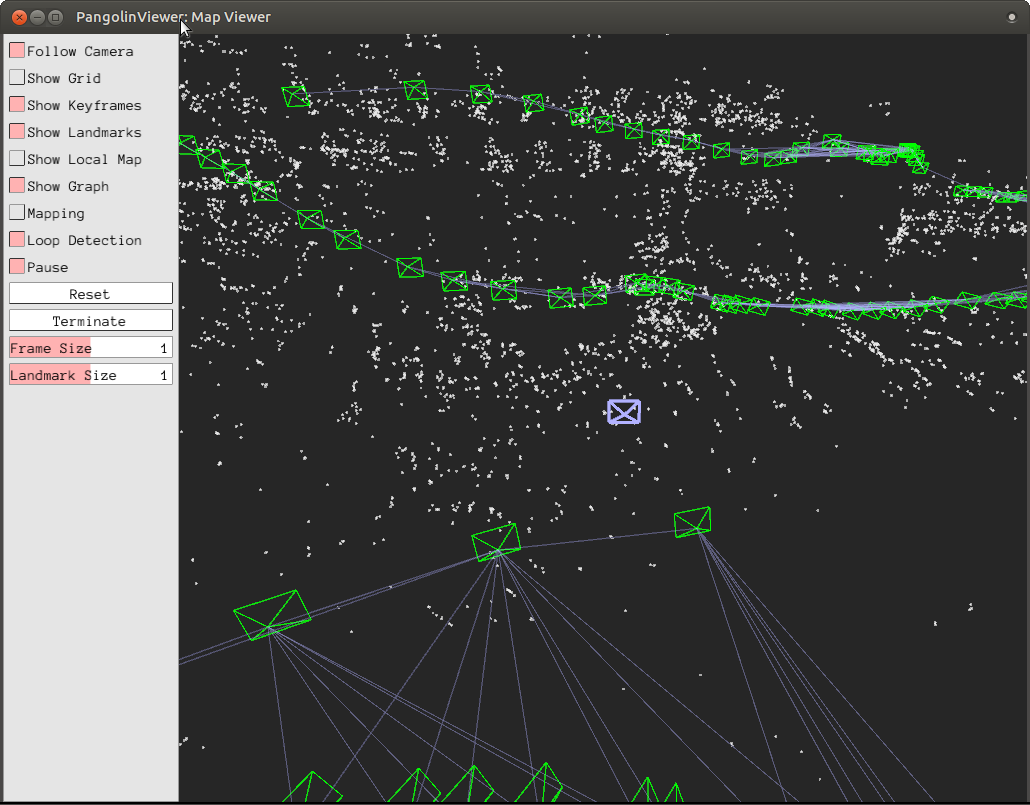 In this project, we have developed OpenVSLAM, a visual SLAM framework with high usability and extensibility. The software is designed to be easily used for various application scenarios of visual SLAM. It incorporates several useful functions for research and development. In this article, basic usage of OpenVSLAM is presented with sample data sets we have provided. In addition, examples of OpenVSLAM’s mapping and localization functions are presented using EuRoC MAV dataset. The authors are committed to continuously maintain this framework for the further development of computer vision, robotics, and multimedia fields.