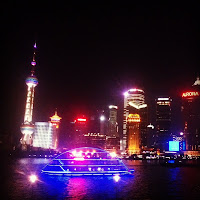 The 102nd MPEG meeting was held in Shanghai, China, October 15-19, 2012. The official press release can be found here (not yet available) and I would like to highlight the following topics:

MPEG’s application format dealing with augmented reality reached DIS status and is only one step away from becoming in international standard. In a nutshell, the MPEG ARAF enables to augment 2D/3D regions of scene by combining multiple/existing standards within a specific application format addressing certain industry needs. In particular, ARAF comprises three components referred to as scene, sensor/actuator, and media. The scene component is represented using a subset of MPEG-4 Part 11 (BIFS), the sensor/actuator component is defined within MPEG-V, and the media component may comprise various type of compressed (multi)media assets using different sorts of modalities and codecs.

A tutorial from Marius Preda, MPEG 3DG chair, at the Web3D conference in August 2012 is provided below. 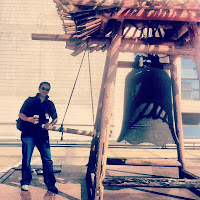 Let’s welcome timed text and other visual overlays in the family of MPEG-4 standards. Part 30 of MPEG-4 – in combination with an amendment to the ISO base media file format (ISOBMFF) –  addresses the carriage of W3C TTML including its derivative SMPTE Timed Text, as well as WebVTT. The types of overlays include subtitles, captions, and other timed text and graphics. The text-based overlays include basic text and XML-based text. Additionally, the standards provides support for bitmaps, fonts, and other graphics formats such as scalable vector graphics.

MPEG 3D audio is concerned about various test items ranging from 9.1 over 12.1 up to 22.1 channel configurations. A public draft call for proposals has been issued at this meeting with the goal to finalize the call and the evaluation guidelines at the next meeting. The evaluation will be conducted in two phases. Phase one for higher bitrates (1.5 Mbps to 265 kbps) is foreseen to conclude in July 2013 with the evaluation of the answers to the call and the selection of the “Reference Model 0 (RM0)” technology which will serve as a basis for the development of an 3D audio standard. The second phase targets lower bitrates (96 kbps to 48 kbps) and builds on RM0 technology after this has been documented using text and code. 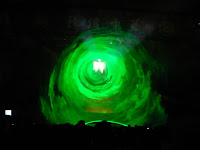 The idea between green MPEG is to define signaling means that enable energy efficient encoding, delivery, decoding, and/or presentation of MPEG formats (and possibly others) without the loss of Quality of Experience. Green MPEG will address this issue from an end-to-end point of view with the focus – as usual – on the decoder. However, a codec-centric design is not desirable as the energy efficiency should not be affected at the expenses of the other components of the media ecosystem. At the moment, first requirements have been defined and everyone is free to join the discussions on the email reflector within the Ad-hoc Group.