The MPEG-2 Transport Stream (M2TS; formally known as Rec. ITU-T H.222.0 | ISO/IEC 13818-1) has been awarded with the Technology &amp; Engineering Emmy® Award by the National Academy of Television Arts &amp; Sciences. It is the fourth time MPEG received an Emmy award. The M2TS is widely deployed across a broad range of application domain such as broadcast, cable TV, Internet TV (IPTV and OTT), and Blu-ray Disks. The Emmy was received during this year’s CES2014 in Las Vegas. 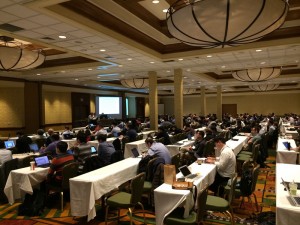 Plenary during the 107th MPEG Meeting.

Other topics of the 107th MPEG meeting in San Jose include the following highlights:

Screen content refers to content coming not from cameras but from screen/desktop sharing and collaboration, cloud computing and gaming, wirelessly connected displays, control rooms with high resolution display walls, virtual desktop infrastructures, tablets as secondary displays, PC over IP, ultra-thin client technology, etc. Also mixed-content is within the scope of this work item and may contain a mixture of camera-captured video and images with rendered computer-generated graphics, text, animation, etc.

Although this type of content was considered during the course of the HEVC standardization, recent studies in MPEG have led to the conclusion that significant further improvements in coding efficiency can be obtained by exploiting the characteristics of screen content and, thus, a Call for Proposals (CfP) is being issued for developing possible future extensions of the HEVC standard.

Companies and organizations are invited to submit proposals in response to this call –issued jointly by MPEG with ITU-T VCEG. Responses are expected to be submitted by early March, and will be evaluated during the 108th MPEG meeting. The timeline is as follows:

It will be interesting to see the coding efficiency of the submitted proposals compared to a pure HEVC or even AVC approach. 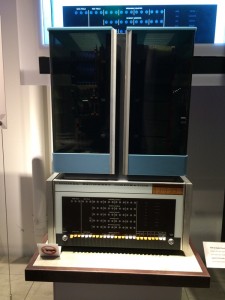 Green Metadata also provides metadata for the signaling and selection of DASH representations to enable the reduction of power consumption for their encoding.

The main challenge in terms of adoption of this kind of technology is how to exploit these representation formats to actually achieve energy-efficient media consumption and how much!

What’s new on the DASH frontier?

The text of ISO/IEC 23009-1 2nd edition PDAM1 has been approved which may be referred to as MPEG-DASH v3 (once finalized and integrated into the second edition, possibly with further amendments and corrigenda, if applicable). This first amendment to MPEG-DASH v2 comprises accurate time synchronization between server and client for live services as well as a new profile, i.e., ISOBMFF High Profile which basically combines the ISOBMFF Live and ISOBMFF On-demand profiles and adds the Xlink feature.

Other DASH-related aspects include the following: