Christian Timmerer is a researcher, entrepreneur, and teacher on immersive multimedia communication, streaming, adaptation, and Quality of Experience. He is an Associate Professor at Alpen-Adria-Universität Klagenfurt, Austria and CIO at bitmovin, Austria. Follow him on Twitter at http://twitter.com/timse7 and subscribe to his blog at http://blog.timmerer.com.

This blog post is also available at at bitmovin tech blog and blog.timmerer.com.

As usual, the official press release and other publicly available documents can be found here. Let’s dig into the different subgroups:

In requirements experts were working on the Call for Proposals (CfP) for Compact Descriptors for Video Analysis (CDVA) including an evaluation framework. The evaluation framework includes 800-1000 objects (large objects like building facades, landmarks, etc.; small(er) objects like paintings, books, statues, etc.; scenes like interior scenes, natural scenes, multi-camera shots) and the evaluation of the responses should be conducted for the 114th meeting in San Diego.

The future of video coding standardization is currently happening in MPEG and shaping the way for the successor of of the HEVC standard. The current goal is providing (native) support for scalability (more than two spatial resolutions) and 30% compression gain for some applications (requiring a limited increase in decoder complexity) but actually preferred is 50% compression gain (at a significant increase of the encoder complexity). MPEG will hold a workshop at the next meeting in Geneva discussing specific compression techniques, objective (HDR) video quality metrics, and compression technologies for specific applications (e.g., multiple-stream representations, energy-saving encoders/decoders, games, drones). The current goal is having the International Standard for this new video coding standard around 2020.

MPEG has recently started a new project referred to as Genome Compression which is about of course about the compression of genome information. A big dataset has been collected and experts working on the Call for Evidence (CfE). The plan is holding a workshop at the next MPEG meeting in Geneva regarding prospect of Genome Compression and Storage Standardization targeting users, manufactures, service providers, technologists, etc. 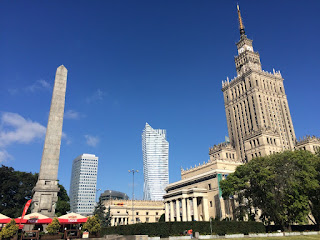 In particular, the core experiment process is very open as most work is conducted during the Ad hoc Group (AhG) period which is discussed on the publicly available MPEG-DASH reflector.

MPEG systems recently started an activity that is related to media orchestration which applies to capture as well as consumption and concerns scenarios with multiple sensors as well as multiple rendering devices, including one-to-many and many-to-one scenarios resulting in a worthwhile, customized experience.

Finally, the systems subgroup started an exploration activity regarding real-time streaming of file (a.k.a TRUFFLE) which should perform an gap analysis leading to extensions of the MPEG Media Transport (MMT) standard. However, some experts within MPEG concluded that most/all use cases identified within this activity could be actually solved with existing technology such as DASH. Thus, this activity may still need some discussions…

The MPEG video subgroup is working towards a new amendment for the MPEG-4 AVC standard covering resolutions up to 8K and higher frame rates for lower resolution. Interestingly, although MPEG most of the time is ahead of industry, 8K and high frame rate is already supported in browser environments (e.g., using bitdash 8K, HFR) and modern encoding platforms like bitcodin. However, it’s good that we finally have means for an interoperable signaling of this profile.

In terms of future video coding standardization, the video subgroup released a call for test material. Two sets of test sequences are already available and will be investigated regarding compression until next meeting.

After a successful call for evidence for High Dynamic Range (HDR), the technical work starts in the video subgroup with the goal to develop an architecture (“H2M”) as well as three core experiments (optimization without HEVC specification change, alternative reconstruction approaches, objective metrics).

The main topic of the JCT-VC was screen content coding (SCC) which came up with new coding tools that are better compressing content that is (fully or partially) computer generated leading to a significant improvement of compression, approx. or larger than 50% rate reduction for specific screen content.

MPEG 3DG is working on point cloud compression (PCC) for which open source software has been identified. Additionally, there’re new activity in the area of Media Internet of Things (MIoT) and wearable computing (like glasses and watches) that could lead to new standards developed within MPEG. Therefore, stay tuned on these topics as they may shape your future. 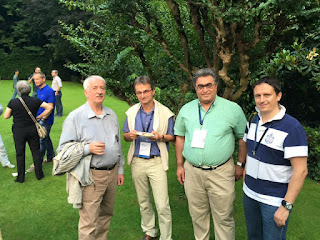