This new award of ACM SIGMM recognizes a young researcher who has made outstanding research contributions to the field of multimedia computing, communication and applications during the early part of his or her career. Dr. Meng Wang has made such significant contributions in the areas of media tagging and tag processing as well as multimedia accessibility research.

In media tagging and tag processing, Dr. Wang has made a large range of contributions, ranging from active learning, multi-graph learning to semi-supervised learning in media tagging. The work “Unified Video Annotation via Multigraph Learning”, published in IEEE TCSVT (2009), is one of the first approaches that are able to adaptively fuse multimodal information sources. The work has been extensively followed in multimedia and computer vision areas, and has received over 220 Google citations. His paper “Assistive Tagging: A Survey of Multimedia Tagging with Human-Computer Joint Exploration “, published in ACM Computing Surveys (2012), covers a range of assistive techniques to support media tagging. This work organizes promising approaches into several key topics, and presents a definitive taxonomy covering related research under each topic. It points to key areas of research conducted as well as new fruitful areas yet to be explored. It provides an excellent guide for any researcher interested in this important subject. 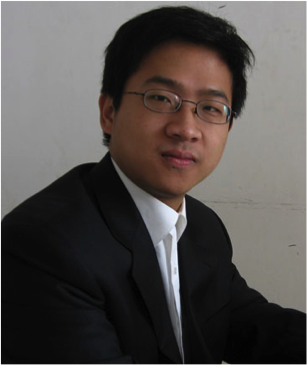 Dr. Meng Wang is a Professor at the Hefei University of Technology, China. He received his B.E. and Ph.D. degree in the Special Class for the Gifted Young and the Department of Electronic Engineering and Information Science from the University of Science and Technology of China (USTC), Hefei, China, in 2003 and 2008, respectively. He previously worked as an associate researcher at Microsoft Research Asia, and then a core member in a startup in Silicon Valley. After that, he worked in the National University of Singapore as a senior research fellow. His current research interests include multimedia content analysis, search, mining, recommendation, and large -scale computing. He has authored more than 150 manuscripts including book chapters, journal and conference papers published in TMM, TOMCCAP, TCSVT, ACM MM, and SIGIR. He received the best paper awards successively from the 17th and 18th ACM International Conference on Multimedia, the best paper award from the 16th International Conference on Multimedia Modeling, the best paper award from the 4th International Conference on Internet Multimedia Computing and Service, and the best demo award from the 20th ACM International Conference on Multimedia. He is a member of IEEE and ACM.