The ACM Multimedia Systems Conference (MMSys) provides a forum for researchers to present and share their latest research findings in multimedia systems. It is a unique event targeting “multimedia systems” from various angles and views across all domains instead of focusing on a specific aspect or data type. ACM MMSys’17 was held in Taipei, Taiwan in June 20-23, 2017.

MMSys is a single-track conference which hosts also a series of workshops, namely NOSSDAV, MMVE, and NetGames. Since 2016, it kicks off with overview talks and 2017 we’ve seen the following talks: “Geometric representations of 3D scenes” by Geraldine Morin; “Towards Understanding Truly Immersive Multimedia Experiences” by Niall Murray; “Rate Control In The Age Of Vision” by Ketan Mayer-Patel; “Humans, computers, delays and the joys of interaction” by Ragnhild Eg; “Context-aware, perception-guided workload characterization and resource scheduling on mobile phones for interactive applications” by Chung-Ta King and Chun-Han Lin.

Additionally, industry talks have been introduced: “Virtual Reality – The New Era of Future World” by WeiGing Ngang; “The innovation and challenge of Interactive streaming technology” by Wesley Kuo; “What challenges are we facing after Netflix revolutionized TV watching?” by Shuen-Huei Guan; “The overview of app streaming technology” by Sam Ding; “Semantic Awareness in 360 Streaming” by Shannon Chen; “On the frontiers of Video SaaS” by Sega Cheng. 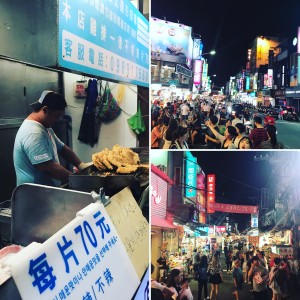 The program included a diverse set of topics such as immersive experiences in AR and VR, network optimization and delivery, multisensory experiences, processing, rendering, interaction, cloud-based multimedia, IoT connectivity, infrastructure, media streaming, and security. A vital aspect of MMSys is dedicated sessions for showcasing latest developments in the area of multimedia systems and presenting datasets, which is important towards enabling reproducibility and sustainability in multimedia systems research.

The social events were a perfect venue for networking and in-depth discussion how to advance the state of the art. A welcome reception was held at “LE BLE D’OR (Miramar)”, the conference banquet at the Taipei World Trade Center Club, and finally a tour to the Shilin Night Market was organized.

Excellence in DASH award sponsored by the DASH-IF

Finally, student travel grants awards have been sponsored by SIGMM. All details including nice pictures can be found here.

MMSys’18 co-locates the following workshops (with submission deadline on March 1, 2018):