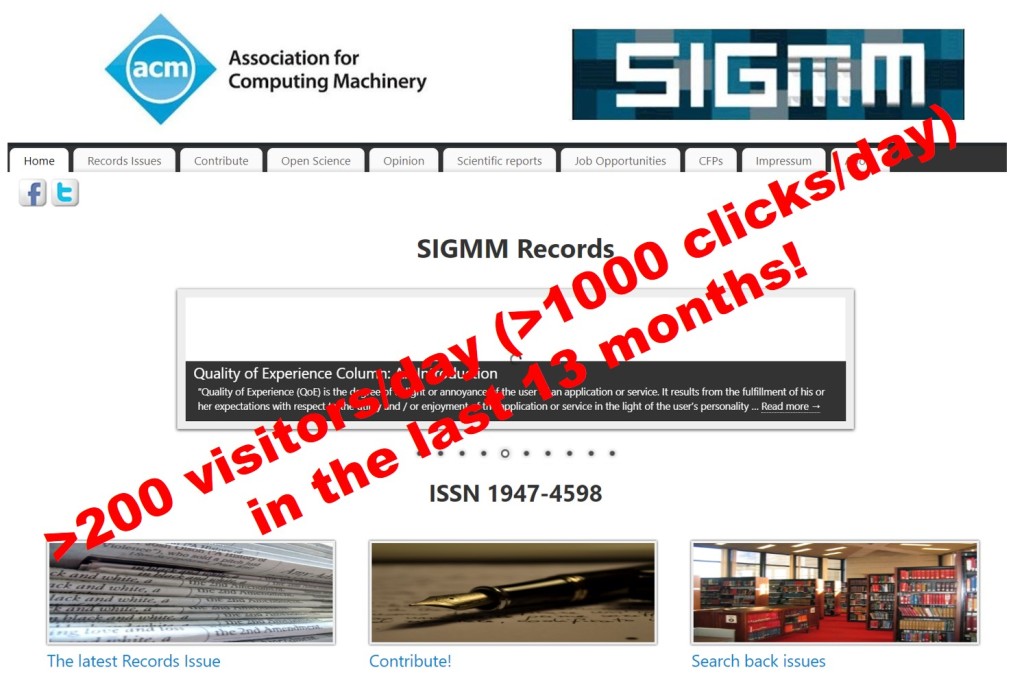 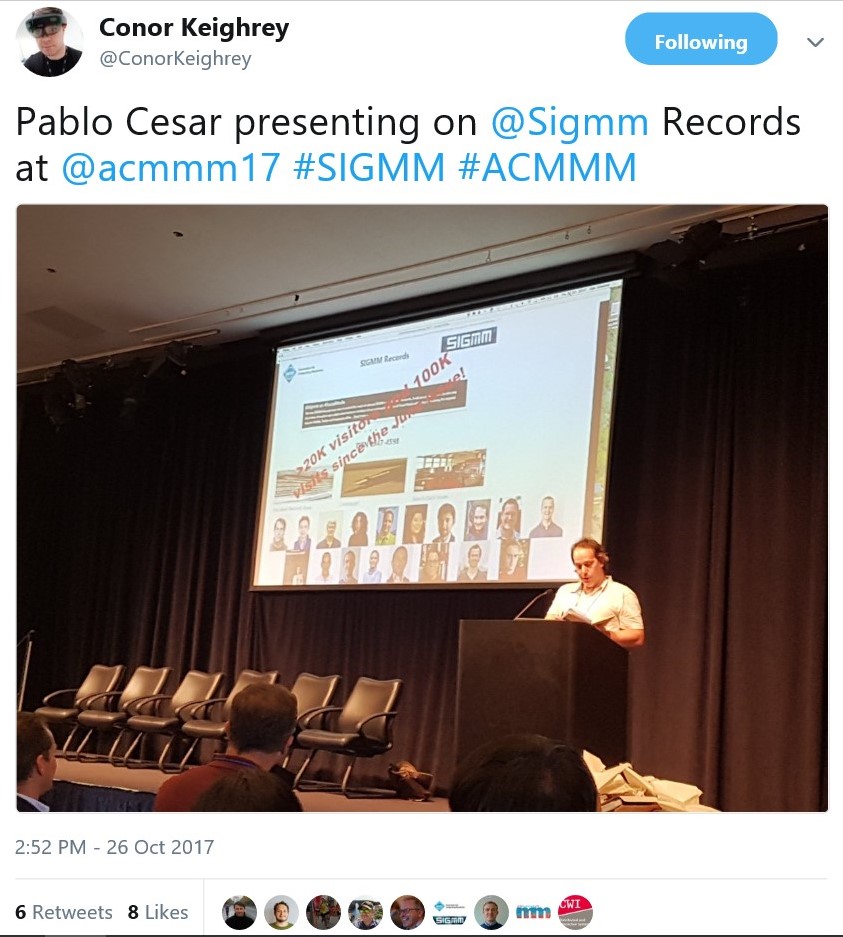 The SIGMM Records have renewed, with the ambition of continue being a useful resource for the multimedia community. The intention is to provide a forum for (open) discussion and to become a primary source of information (and of inspiration!).

The new team (http://sigmm.hosting.acm.org/impressum/) has committed to lead the Records in the coming years, gathering relevant contributions in the following main clusters:

The team has also revitalized the presence of SIGMM on Social Media. SIGMM accounts on Facebook and Twitter have been created for disseminating relevant news, events and contributions for the SIGMM community. Moreover, a new award has been approved: the Best Social Media Reporters from each SIGMM conference will get a free registration to one of the SIGMM conferences within a period of one year. The award criteria are specified at http://sigmm.hosting.acm.org/2017/05/20/awarding-the-best-social-media-reporters/

The following paragraphs detail the impact of all these new activities in terms of increased number of visitors and visits to the Records website (Figure 1), and broaden reach. All the statistics presented below started to be collected since the publication of the June issue (July 29th 2017). 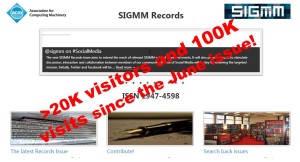 Figure 1. Number of visitors and visits since the publication of the June issue

The daily number of visitors ranges approximately between 100 and 400. It has been noticed that this variation is strongly influenced by the publication of Social Media posts promoting contents published on the website. In the first month (since July 29th, one day after the publication of the issue), more than 13000 visitors were registered, and more than 20000 visitors have been registered until now (see Table 1 for detailed statistics). The number of visits to the different posts and pages of the website accumulates up to more than 100000. The top 5 countries with highest number of visitors are also listed in Table 2. Likewise, the top 3 posts with highest impact, in terms of number of visits and of Social Media shares (via the Social Media icons recently added in the posts and pages of the website) are listed in Table 3. As an example, the daily number of visits to the main page of the June issue is provided in Figure 2, with a total number of 224 visits since its publication.

Table 1. Number of visitors and visits to the SIGMM Records website

Table 2. Top 5 countries in terms of number of visitors

Table 3. Top 3 posts on the Records website with highest impact

Figure 2. Visits to the main page of the June issue since its publication (199 visits)

Impact of the Social Media channels

The use of Social Media includes a Facebook page and a Twitter account (@sigmm). The number of followers is still not high (27 followers in Facebook, 88 followers in Twitter), which is natural with recently created channels. However, the impact of the posts on these platforms, in terms of reach, likes and shares is noteworthy. Tables 4 and 5 lists the top 3 Facebook posts and tweets, respectively, with highest impact up to now.

The Editorial Team would like to take this opportunity to thank all the SIGMM members who use Social Media channels to share relevant news and information from the SIGMM community. We are convinced it is a very important service for the community.

We will keep pushing to improve the Records and extend their impact!

The SIGMM Records are renewing, with the continued ambition of being a useful resource for the multimedia community. We want to provide a forum for (open) discussion, but also to become the primary source of information for our community.

Firstly, I would like to thank Carsten who was run, single-handed, the whole records for many many years. We all agree that he has done an amazing job, and that his service deserves our gratitude, and possibly some beers, when you meet him at conferences and meetings.

As you are probably aware, a number of changes in the records are underway. We want your opinions and suggestions to make this resource the best it can be. Hence, we need your help to make this a success, so please drop us a line if you want to join the team.

The two main visible changes are:

We have a new amazing team to lead the records in the coming years. I am so glad to have their help: http://sigmm.hosting.acm.org/impressum/

We have reorganized the records and its structure, in three main clusters:

Dr. Pablo Cesar leads the Distributed and Interactive Systems group at Centrum Wiskunde & Informatica (CWI) in the Netherlands. Pablo’s research focuses on modeling and controlling complex collections of media objects (including real-time media and sensor data) that are distributed in time and space. His fundamental interest is in understanding how different customizations of such collections affect the user experience. Pablo is the PI of Public Private Partnership projects with Xinhuanet and ByBorre, and very successful EU-funded projects like 2-IMMERSE, REVERIE and Vconect. He has (co)-authored over 100 articles. He is member of the editorial board of, among others, ACM Transactions on Multimedia (TOMM). Pablo has given tutorials about multimedia systems in prestigious conferences such as ACM Multimedia, CHI, and the WWW conference. He acted as an invited expert at the European Commission’s Future Media Internet Architecture Think Tank and participates in standardisation activities at MPEG (point-cloud compression) and ITU (QoE for multi-party tele-meetings). Webpage: http://homepages.cwi.nl/~garcia/ 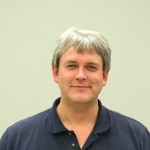 Dr. Carsten Griwodz is Chief Research Scientist at the Media Department of theNorwegian research company Simula Research Laboratory AS, Norway, and professor at the University of Oslo. He is also co-founder of ForzaSys AS, a social media startup for sports. He is steering committee member of ACM MMSys and ACM/IEEE NetGames. He is associate editor of the IEEE MMTC R-Letter and was previously editor-in-chief of the ACM SIGMM Records and editor of ACM TOMM.