An Interview with Professor Susanne Boll

Describe your journey into research from your youth up to the present. What foundational lessons did you learn from this journey?

My journey into research started with my interest in computers and computer science at school while I was still in my early years at that time. I liked all the STEM subjects and was very good at these in school. I got in touch with programming and the first Mac in high school when my physics teacher started the first basic programming course. After highschool, I continued on this journey and became a Mathematical-Technical1 Assistant and continued studying CS and went on to do a PhD, always driven by the desire that I could learn more, could explore and understand more of this field.

Why were you initially attracted to Multimedia? 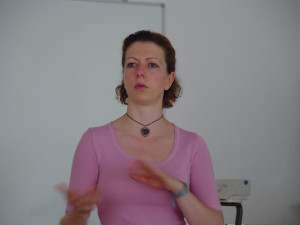 Susanne Boll at the beginning of her research career in 2001

I was initially attracted by multimedia when information systems started to look at novel methods of integrating large amounts of unstructured multimedia and different media types into structured database systems. I joined the GMD Institute for Integrated Publication and Information Systems who were working on multimedia database systems. My PhD was on multimedia document models for representing and replaying multimedia presentations in the context of multimedia information systems. One of the most inspiring early events was a small but very nice IFIP working conference on Database Semantics – Semantic Issues in Multimedia Systems in New Zealand 1999 where I met many researchers from the multimedia community some of whom I still consider my research friends today. I stayed in the field of multimedia but as my work was always relating to the applications of multimedia and the interaction with the user it was not surprising that I moved into the field of Human Computer Interaction and SIGCHI in which I am an active member also today. Over the last three decades I have worked in the field of interactive multimedia and human computer interaction – in different application domains from personal media to health, from mobility to industry 4.0. To cite a much valued friend of mine whom I just met again – “I enjoy when my research makes me smile”, when I can see how research can be translated in applications for a better use.

Why did I volunteer for the role of the director for diversity and outreach? 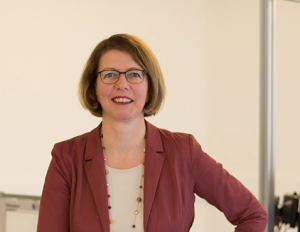 Over more than three decades now I was supporting gender equality as a mentor, in different roles, in committees and institutions, by speaking up and by driving actions. Within the multimedia community I observed that there are many individuals supporting and acting for a better gender equality, however, it remained efforts of individuals and we as a community were not able to turn this into a collective understanding.

There were actually a few recent events related to SIGMM that made truly sad and consider if I should leave this community which I at the same time consider my home community. Some years ago I was observing in a panel in which only men were discussing the future and challenges in multimedia. Observing this was painful for me. I knew and met with each of them individually over the years and they were interesting researchers and great mentors. But that panel it made again obvious that we as a community failed to be inclusive also with regard to the women. Why would there be not an excellent woman would have her say in that panel? Why would not someone organizing the panel consider to be inclusive with regard to gender? Why would not the panelists, when they are invited, ask who else would be on the panel and encourage this?

When I talk about gender equality in these days I almost immediately get the reaction that gender is not diversity. People say that looking at gender equality would be too short sighted and that I should care more about diversity and not gender alone. So let me clearly say that I am well aware that diversity is not gender it is much more than that.  But, don’t let the perfect be the enemy of the good. My personal story starts with gender equality in STEM fields. Looking at women participation in SIGMM, I decided that the actions described in the “25 in 25’’ strategy would be a good starting point for my new role – it is just the beginning.

What are my plans serving in this position?

Within SIGMM, we need to understand and fully embrace the different dimensions of diversity. We should not use the term in the sense of an easy cover-up of a multitude of aspects in which the individual needs get blurred. I sometimes have the feeling as if one aspect of diversity could be traded for another one, and the term was used as if there was a measure that there is “sufficient” diversity in some setting.

1Mathematical-Technical Assistant (MaTA, MA or MTA for short; also: mathematical-technical software developer) is the occupational title of a recognised training occupation according to the Vocational Training Act in Germany, which has existed since the mid-1960s. It is the first non-academic training occupation in data processing.

Susanne Boll is a full professor for Media Informatics and Multimedia Systems at the University of Oldenburg and a member of the board of the OFFIS-Institute for Information Technology. OFFIS belongs to the top 5% research institutes among the non-university institutes in computer science in Germany. Over the last two decades, she has consistently achieved highly competitive research results in the field of multimedia and human–computer interaction. She has actively been driving these fields of research by many scientific research projects and organization of highly visible events in the field. Her scientific results have been published in competitive peer-reviewed international conferences such as Multimedia, CHI, MobileHCI, AutomotiveUI, DIS, and IDC, as well as internationally recognized journals. Her research makes competitive contributions to the field of human computer interaction and ubiquitous computing. Her research projects also have a strong connection to industry partners and application partners and addresses highly relevant challenges in the applications field of automation in transportation systems as well as health care technologies. I am an active member of the scientific community and have co-chaired and organized many international events in my field. Her teaching follows combination of theoretical foundations with team-oriented and research-oriented practical assignments.  She currently leads a highly visible international team of researchers (PhD students, research associates, post docs, senior principal scientists).